Hörmann garage door to be featured on Grand Designs 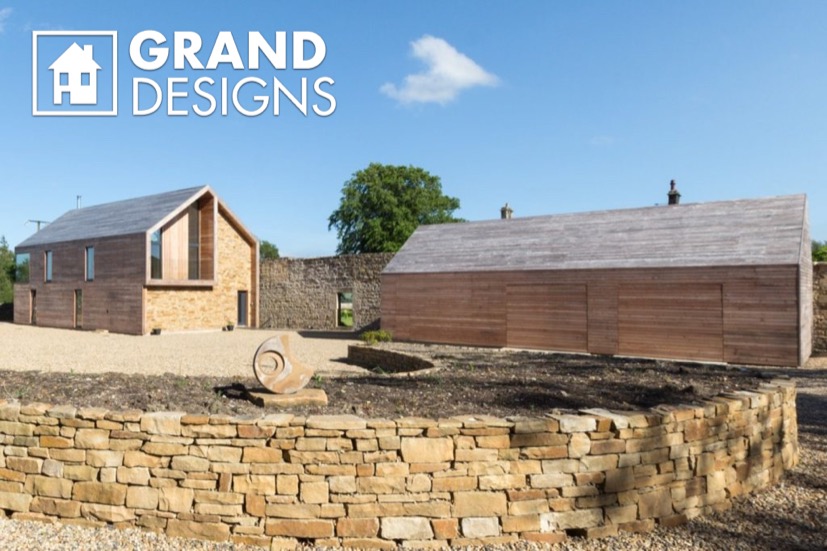 It’s not every day that garage doors get featured on national television – but this is exactly what has happened to a recent bespoke installation supplied by Shropshire based Arridge Garage Doors, who are proud to have been recognised for their part in the creation of a unique and exceptional property that is to be featured on the forthcoming episode of Grand Designs House of the Year 2017.

A prestigious title that celebrates the very best in British building and is awarded annually to the best new home by an architect in the UK, the stunning selection of finalists represent some of the most impressive, inspiring and innovative properties imaginable – and the team at Arridge Garage Doors is incredibly proud to be recognised for their contribution.

Background to the project

For Tony and Anne Pender, who have lived in Hexham, Northumberland for 20 years in a Victorian farmhouse, the idea of retirement had left them facing a dilemma. They certainly didn’t want to move out of a community in which they were highly respected, but simply couldn’t find anything on the market that met their expectations and felt like the perfect property in which they could enjoy the freedom of their retirement.

That’s when their son, Richard, a small-scale property developer, came up with the idea to build a unique, purpose-built home right in their own farmyard. Having made the decision to design and build his parent’s ideal retirement home, Richard set out to create something that would not just allow them to live with ease, but that would form a stunning yet sensitive new building within a historical farm.

Could Richard build something that combined both modern and traditional style whilst playing to the existing architecture and aesthetics of the site? The answer was yes, but he’d have to get creative down to every last element – and with the garage doors forming such a highly visible component of the overall building, he quickly realised these would form a vital element of the final design that could ultimately make or break it. To solve this challenge, he came up with a clever plan to make the doors a central element of the final effect.

The building was constructed by Richard on site, in an existing barn where he structured a bespoke jig to enable him to create the building’s timber frame, before applying timber cladding and other finishes to create a house that connects to immediate features such as an existing walled garden but more over sits comfortably in the landscape context.

So just how did Arridge Garage Doors contribute to this exciting and inspiring project?

How did Arridge Garage Doors get involved?

The hidden secret at the heart of the unique garage is the Hörmann Open For Infill garage doors supplied by the company. Unlike traditional, ready-made garage doors which simply would not have worked in the setting, these special doors are instead supplied as a lightweight steel chassis that can be cladded in a material and design of your own choice (see Photo A). In the case of the Hexam build, this allowed the garage doors to be built as an exact match to the fascia for the rest of the building – the final effect being that they blend in seamlessly to enhance the appeal of the minimalist and sensitive design.

However, achieving the final effect is no simple task and doesn’t stop with the frames alone. The material used for the doors (for example cedar timber) must be carefully chosen to fit within a weight range of 6 to 10 kg per square metre in order for the counter-balance mechanism to work. The material can be fixed within the chassis (see Photo B) or on the face of the chassis (see Photo C) to hide it. It is this latter method of cladding on the face of the chassis that was used to create the ‘hidden garage door’ look used in the Shawm House project.

“We’ve been involved with a number of grand design projects over the years but are particularly pleased to be involved with Mr. and Mrs. Pender’s project because it showcases a type of garage door which most people are unaware of.” 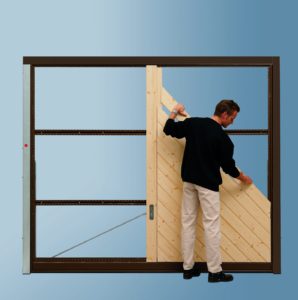 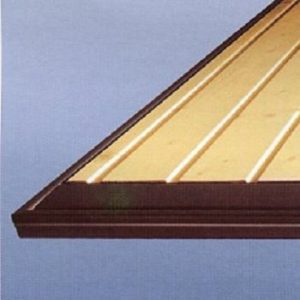 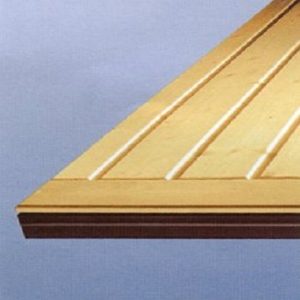